On behalf of the Organizing Committee you are invited to attend  the 67th Meeting of the International Committee for Coal and Organic Petrology-ICCP. The meeting is organisied and hosted Helmholtz-Zentrum Potsdam Deutsches GeoForschungsZentrum GFZ.

The 67th Annual Meeting of the International Committee for Coal and Organic Petrology will be hosted by the Helmholtz-Zentrum Potsdam Deutsches GeoForschungsZentrum GFZ in Potsdam, Germany,  September 5 -11, 2015. The meeting venue is Building 33 at the Telegrafenberg in Potsdam. Prior to the meeting an ICCP Training Course ‘Organic Petrology in Industrial Applications’ will be organized. 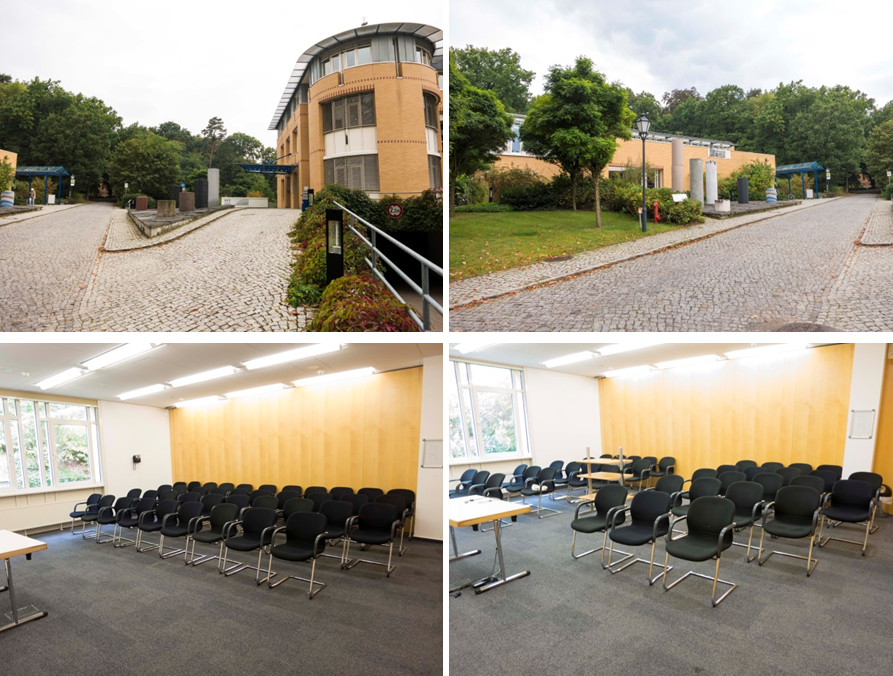 The city of Potsdam is located  24  km  southwest of  Berlin.  Potsdam is the capital of the German Federal State of Brandenburg and has about 160.000 inhabitants. It is situated at the river Havel. Potsdam was a residence of the Prussian kings and the German Kaiser, until 1918. Around the city there are a series of interconnected lakes and cultural landmarks, in particular the parks and palaces of Sanssouci, the largest World Heritage Site in Germany. The Potsdam Conference, the major post-World War II conference between the victorious Allies, was held at another palace in the area, the Cecilienhof. Babelsberg, in the south-eastern part of Potsdam, was a major film production studio before the war and has enjoyed success as a major center of European film production since the fall of the Berlin Wall. The Filmstudio Babelsberg is the oldest large-scale film studio in the world.    Potsdam developed into a centre of science in Germany from the 19th century. Today, there are three public colleges, the University of Potsdam and more than 30 research institutes in the city.

The Telegrafenberg site is located at 94 metres elevation,  southeast of Potsdam city centre. The name ‘Telegrafenberg’ originates from the construction of an optical telegraph on the hill in 1832. It was the fourth of 61 optical telegraphs in a 600 kilometre continuous line between Berlin and Koblenz, through the southern part of former Prussia. In 1874 the first observatory was built on the hill. Over the years the site developed in a main center for astronomy, physics and geosciences. As part of the Albert Einstein Science Park , GFZ  and a number of other scientific institutions have their headquarters on the Telegraphenberg. 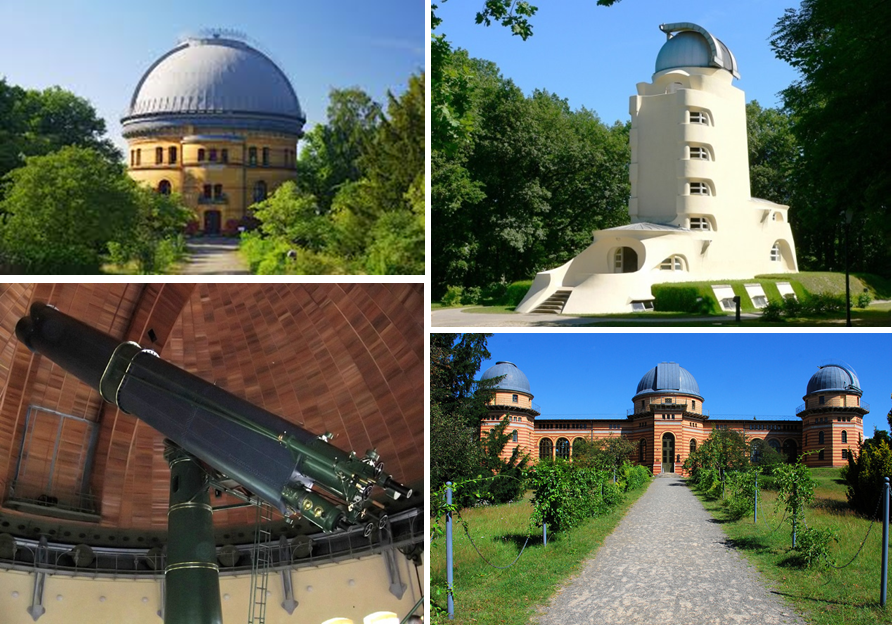 The object of research of the GFZ is the Earth System. The GFZ, as a Helmholtz Centre, covers all geo-science disciplines, from geodesy to geo-engineering, working on them in a close interdisciplinary union with the associated sciences of physics, mathematics and chemistry, and with associated disciplines in engineering: rock mechanics, hydraulic engineering and seismological engineering. GFZ’s core areas of expertise lie in developing and applying satellite technologies and space-based measurement procedures; in operating geodetic-geophysical measurement networks; in the tomography of the earth, using geophysical deep-sounding techniques; in undertaking research drilling; in laboratory and experimental technology; and in modelling geo-processes. 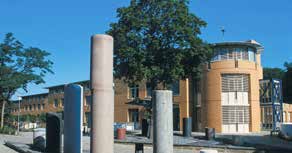 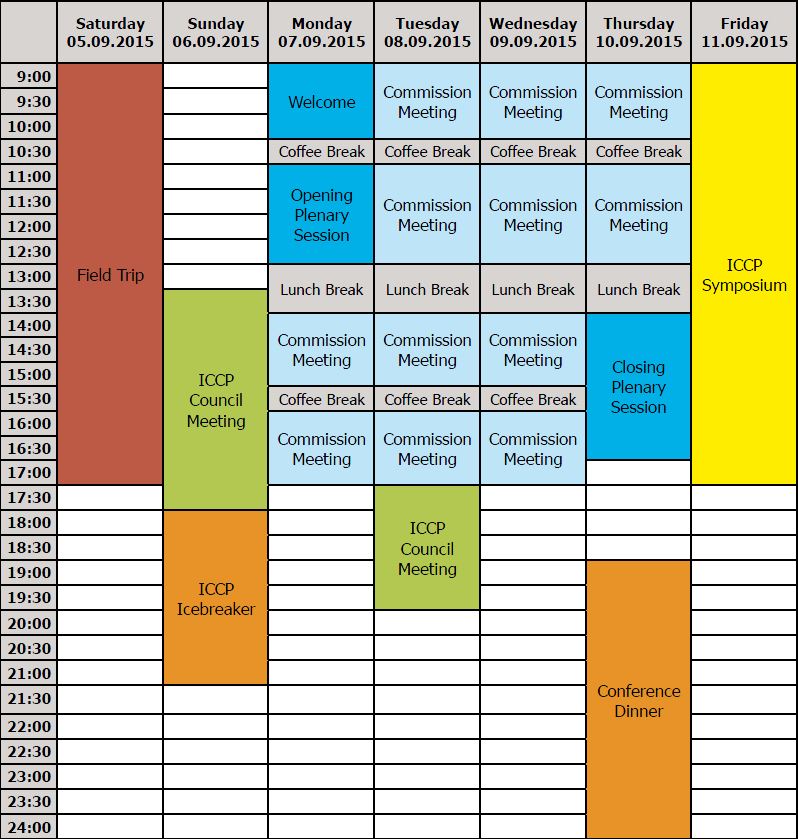 A field trip to the East German Lignite Mines will be organised. Preparations are ongoing. More detailed information will be provided in the Second Announcement and on the ICCP website.

Please complete the Registration Form  and send it.  Your registration will be forwarded to the ICCP Treasurer and you will receive an invoice within a few days.

If you want to register for this ICCP Meeting  please use the online registration form.

Practical session facilities will be provided by Hilgers Technisches Büro, using a microscope with FOSSIL  software for reflectance measurements.

Symposium on “Coal and Organic Petrology – New Perspectives and Applications: a tribute to Marlies Teichmüller (1914-2000)” 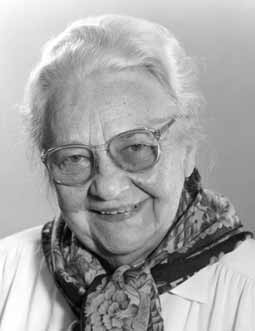 The Symposium on “Coal and Organic Petrology – New Perspectives and Applications: a tribute to Marlies Teichmüller (1914-2000)” accompanying this year’s ICCP meeting, is an international event that brings together leading scientific researchers and young scientists across the globe to exchange and share new scientific progress. It aims at stimulating research activities and foster dialogue among the scientists across the fields of applications and methods in the coal and organic petrology.

67 Abstracts (16 for Oral and 51 for Poster presentation) have been submitted to the 2015 ICCP Scientific Committee.   The Scientific Committee has  reviewed  all submitted proposals and notified  presenting/corresponding authors of acceptance/non-acceptance of their contribution. The abstracts will be published by the  German Geological Society.

The selected full papers from this year’s ICCP meeting are planned to be published in a special volume of the International Journal of Coal Geology. The deadline for submission of full papers has been extended from the 31st December, 2015 to 15th March, 2016.

Good public transportation facilities (train & bus) and taxis are available from the airport to Potsdam (http://www.vbb.de/en/index.html). Potsdam can be reached via the two Berlin airports Tegel and Schönefeld (http://www.berlin-airport.de/en/index.php) and also via smaller airports Leipzig (https://www.leipzig-halle-airport.de/en/)  and Dresden (http://www.dresden-airport.de/homepage.html).  Directions to GFZ are detailed described at the GFZ´s website: http://www.gfz-potsdam.de/en/centre/about-us/directions/potsdam/

Please book the hotel of your choice in time, because September is a busy months in Potsdam.

Mercure Hotel This hotel is closest to the train station and the meeting venue. 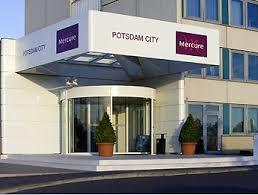 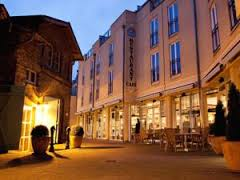 The Steigenberger Hotel Sanssouci  is situated just 500 metres from the famous summer residence “Castle Sanssouci” of Frederick the Great and its lovely park grounds.   Prices:  EUR 100-150

There are several other hotels in Potsdam in all price ranges. Please check the internet.

If you have questions or need further information,  please contact Petra David  via email to petra.david@wintershall.com.