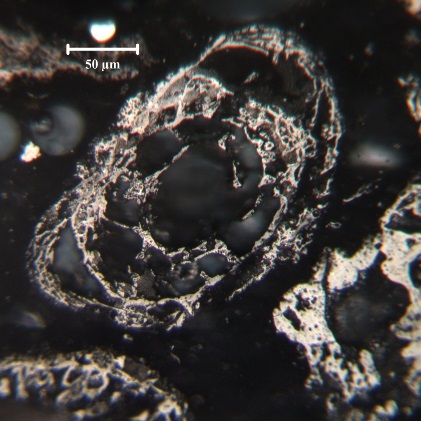 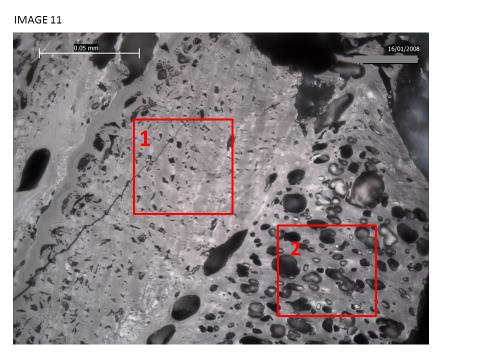 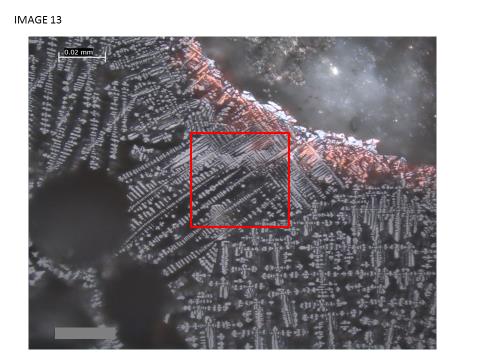 Coal gasification is a process that converts carbonaceous materials into carbon monoxide and hydrogen. These gases can be further processed into a variety of chemicals and liquid fuels, or used as an energy source. There are many different gasification technologies, although they can all essentially be grouped into 3 categories: fixed / moving bed gasification, fluidized bed gasification, and entrained bed gasification. Each gasification technology has a different particle feed size, agent composition, agent and carbon feed rate and direction, which all influence raw syngas compositions. An understanding of the gasification chars can determine process efficiency, carbon conversion rates, fuel consumption, temperatures attained in the gasifier, and so on. Gasification performance is dependent on coal type and gasifier configuration. Further information can be found in: Wagner, Chapter 5, Coal Gasification, in Applied Coal Petrology edited by Suarez-Ruiz and Crelling, 2008.

A trail image based exercise was conducted in 2011 / 2012 using images obtained from entrained flow gasification samples. Only 4 people attempted the exercise, 3 of which participated for learning purposes. This raised the issue that not many people are actively working in the field of gasification petrography; but the ICCP requested the working group to continue, and many more participants joined, mostly to learn more about the material. Refer to presentation made in Poland 2013 for images and details.

In 2015 a second image based exercise has been developed, and will be released to participants shortly. The exercise was presented at the Potsdam meeting in 2015. The aim of the working group exercise is for members to consider a variety of petrographic images of gasification chars from different gasifiers, working towards a gasification char classification scheme. Images are from fixed / moving bed, fluidised bed and entrained flow gasifiers. Each gasifier is fed with different coal, with varying rank, type, grade, and particle size (slurry or larger). Each gasifier has different gasifying agents, pressures and products.