The Coal Blends Working Group is concerned with the investigation of coal blends using microscopic methods. This Working Group was established during the 47th ICCP Meeting at Krakow, Poland, in 1995. Prof. Dr. Alan Davis was the first Convenor (1996 and 1997) followed by Dr. Isabel Suárez-Ruiz from 1998 till 2019. Since 2020 Dr. Malgorzata Wojtaszek-Kalaitzidi is the convenor. The main reasons for which this group was created were the growing use of blends in international trade and the recognition by ISO?s Ad Hoc Committee on Coal Classification that chemical methods cannot be applied to coal mixtures. For many years, some coal laboratories have estimated coal blend compositions using microscopic methods but there is no established procedure for this type of analysis. Thus, to find a petrographic method which will serve as a standard procedure for characterizing all types of coal blends is a subject of great interest at international level in the field of commercial coals.

The participants of the accreditation programme are requested to determine:

The analyses should be performed following the ISO standards for analysis of coals and the methods developed by the Coal Blends Working Group.

The general objective of the Coal Blends Working Group is to investigate the efficiency of microscopic methods for estimating the composition of coal blends.

Since 1996 several ring analyses on different coal blends with variable petrographic characteristics related to composition and reflectance values have been carried out by the interested participants. Each coal blend was specifically prepared for the corresponding analysis and the proportions of the coals used to make up the blends were different each year. At the same time the degree of difficulty of the coal blend to be analysed has increased since 1996.

In all cases, the information required for the petrographic analysis of the coal blends was:

Additional information related with the petrographic composition of each coal in the blend was also requested.

The current proposed methodology for analysing coal blends is to use:

The database program was developed by Paddy Ranasinghe and supported by Alan Cook and it is currently being tested at Oviedo, Spain. The CBAP has 13 available single coals (two of them need coal cleaning, another one is duplicated). In November 2006, two coal blend samples will be prepared and sent out to the participants as un-mounted samples, ground to 1 mm stage. The preparation and polishing of the pellets will be carried out by the participants. The instructions for carrying out the exercise are being prepared and will be sent out to the participants with the coal blend samples. The program has 17 potential participants. 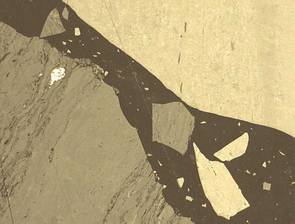 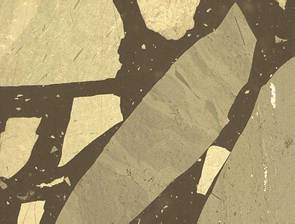 Summary of main results from the different tests:

Current activities for 2000 and future work:

1997
Objective.- To investigate a blend in which a coal is inertinite-rich using the same methods as in the previous year.
Type of coal blend.- Binary, without mineral matter and fine particles and with an inertinite-rich coal.
Main conclusions: