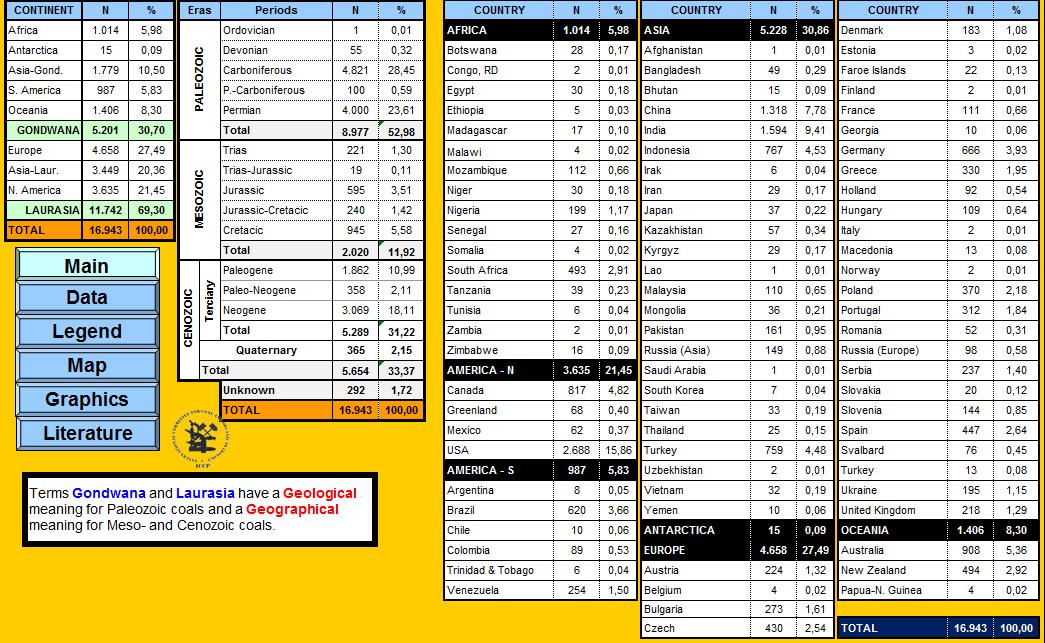 Summary of Data in Databank 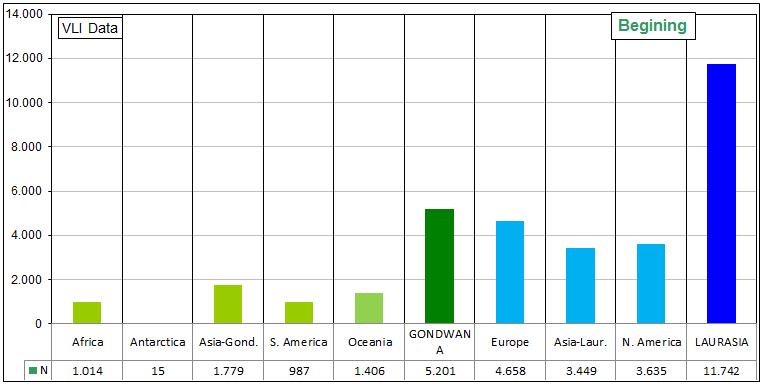 Temporal Variation of Coal – Distribution of the data by Continent 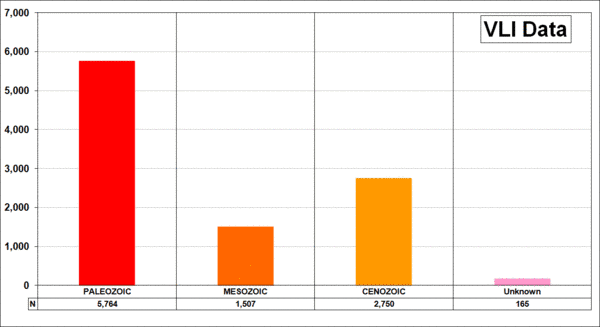 Temporal Variation of Coal -Distribution of the data by Age (Era) 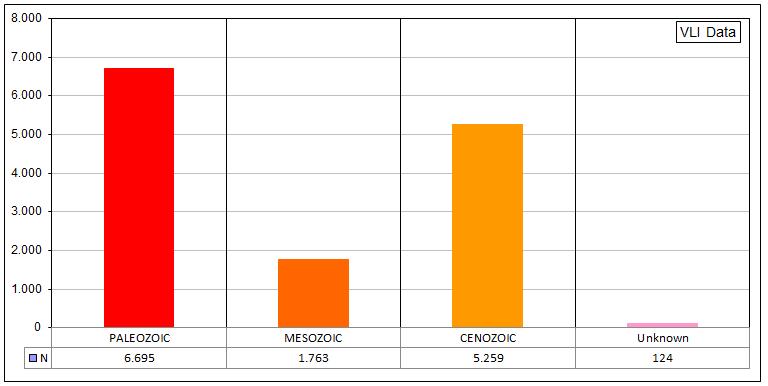 The Database has been collected over the years in the Temporal variations of coal WG. If you can contribute to the database with additional data, please contact the convener and join the WG

In 1999 a statistical study carried out by Lopo Vasconcelos and published in Intern. J. Coal Geol., 40 (1999) 27-58 was presented in Bucharest during the 59th Annual Meeting of the ICCP, being this the first approach to the problem with the objective of observing the petrographic variations of coals with age. Besides temporal variations Palaeozoic coals also showed differences between environments of Gondwana and North Atlantic coals. The study did not consider environment, basin type, etc.

The objective of this WG is to study these variations, especially for Palaeozoic coals; it would be therefore interesting to study VLI-compositions within basins world-wide.